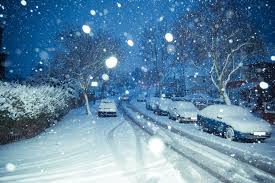 This year is the first time that the Super Bowl will be held in a cold weather outdoor stadium and it’s going to be here in NJ at the Met Life Stadium in East Rutherford.

Got tickets? Dress warmly. We’ve been experiencing a pretty cold “polar vortex” these past few days and it’s not going away. Nearly a foot of snow sits on my front yard as I type this and there’s more coming down. With a ton of activities planned in NY and NJ for the Super Bowl, what’s the weather going to be like?

The forecast high is a balmy 36 degrees with a “wintry mix” on top of it.

So what about you? Putting on the thermal underwear and tailgating, or watching on the big screen next to your fireplace?

Met Life Stadium in East Rutherford will be the site of this year’s Super Bowl and all of New Jersey is abuzz. Our Giants and our Jets have let us down….again…..but we’re still excited about hosting the big game and all of the hoopla that surrounds it.

If you’re still looking to buy tickets, they start at $3000 and get as high as $15,000 per seat (50 yard line, 1st level) with minimal availability on Ticketmaster. On StubHub, there are seats as low as $2500 and go up to $970,000 (Commissioner’s Club Suite, row 2). Those are prices as of today, January 11th but StubHub predicts that prices are most likely to go down as kickoff gets closer.

The teams that will be playing in the Super Bowl may influence price as we get closer to the game. If the Patriots get in, lots of New England fans may flood the New York/New Jersey area demanding tickets and prices could go up fast.

The weather may have an impact as well. This year’s Super Bowl is the first outdoor cold weather Super Bowl and a blizzard or cold spell could keep fans away.

With prices like these, can the average person afford to attend the Super Bowl? One man from New Brunswick, Josh Finkelman, is suing the NFL, claiming that the ticket price is unfair to the public. Finkelman claims that the NFL is guilty of price gouging since only 1% of the available seats are being sold to the general public at face value – that’s about 8000 seats. Low supply drives up prices, he claims.

What do you think? Would you spend a month’s mortgage, or a year’s mortgage, on tickets to see the Super Bowl in person, or are you happier in your climate controlled living room?

Getting to the Super Bowl

Trucks have begun arriving, according to the New Jersey Sports and Exposition Authority. Broadcast trailers, food vendors, and security trailers are expected soon.

Next step – security fencing will be installed 300 feet around the perimeter of the Meadowlands rather than the typical 100 feet for regular events. This is considered a Level One security event and security is controlled by the Department of Homeland Security.

Fox Sports will begin doing their cabling work and moving in trailers soon.

Live racing at the Meadowlands track will end on January 22nd and the entire Meadowlands complex will go into a security lockdown on Monday, January 27th.

The last step is the Super Bowl signage and the field logos – that has to wait until we know the names of the teams who will be playing.

Everyone in North Jersey is getting excited to be hosting the first outdoor cold weather Super Bowl!

salt and pepper to taste